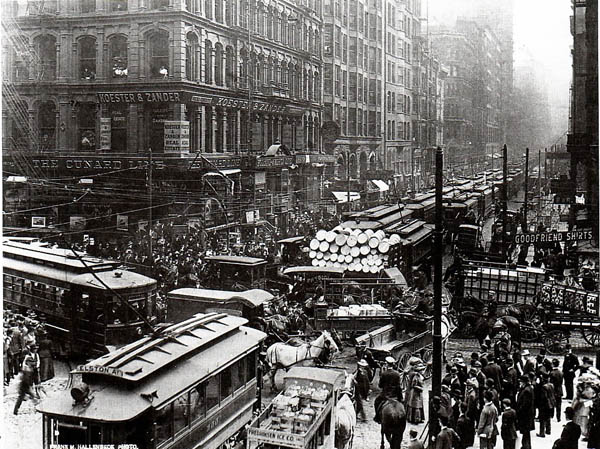 Written in 1891 by Rudyard Kipling about his travels in the United States. I enjoy reading these kinds of first hand accounts. It occurred to me to get some vocal practice and share them with you.

Written in 1891 by Rudyard Kipling about his travels in the United States. Read by Sir James 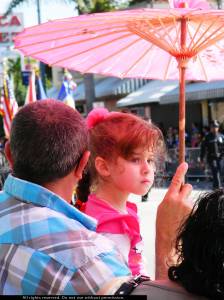 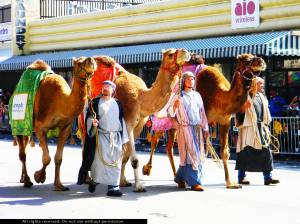 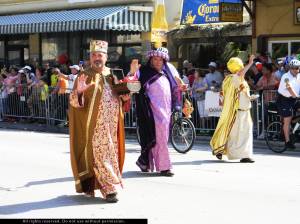 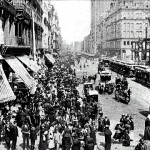 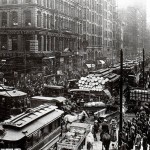 “I know thy cunning and thy greed,
Thy hard high lust and wilful deed,
And all thy glory loves to tell
Of specious gifts material.”
I HAVE struck a city–a real city–and they call it Chicago.

The other places do not count. San Francisco was a
pleasure-resort as well as a city, and Salt Lake was a phenomenon.

This place is the first American city I have encountered. It
holds rather more than a million of people with bodies, and
stands on the same sort of soil as Calcutta. Having seen it, I
urgently desire never to see it again. It is inhabited by
savages. Its water is the water of the Hooghly, and its air is
dirt. Also it says that it is the “boss” town of America.

I do not believe that it has anything to do with this country.
They told me to go to the Palmer House, which is overmuch gilded
and mirrored, and there I found a huge hall of tessellated marble
crammed with people talking about money, and spitting about
everywhere. Other barbarians charged in and out of this inferno
with letters and telegrams in their hands, and yet others shouted
at each other. A man who had drunk quite as much as was good for
him told me that this was “the finest hotel in the finest city on
God Almighty’s earth.” By the way, when an American wishes to
indicate the next country or state, he says, “God A’mighty’s
earth.” This prevents discussion and flatters his vanity.

Then I went out into the streets, which are long and flat and
without end. And verily it is not a good thing to live in the
East for any length of time. Your ideas grow to clash with those
held by every right-thinking man. I looked down interminable
vistas flanked with nine, ten, and fifteen-storied houses, and
crowded with men and women, and the show impressed me with a
great horror.

Except in London–and I have forgotten what London was like–I
had never seen so many white people together, and never such a
collection of miserables. There was no color in the street and
no beauty–only a maze of wire ropes overhead and dirty stone
flagging under foot.

A cab-driver volunteered to show me the glory of the town for so
much an hour, and with him I wandered far. He conceived that all
this turmoil and squash was a thing to be reverently admired,
that it was good to huddle men together in fifteen layers, one
atop of the other, and to dig holes in the ground for offices.

He said that Chicago was a live town, and that all the creatures
hurrying by me were engaged in business. That is to say they
were trying to make some money that they might not die through
lack of food to put into their bellies. He took me to canals as
black as ink, and filled with un-told abominations, and bid me
watch the stream of traffic across the bridges.

He then took me into a saloon, and while I drank made me note
that the floor was covered with coins sunk in cement. A
Hottentot would not have been guilty of this sort of barbarism.
The coins made an effect pretty enough, but the man who put them
there had no thought of beauty, and, therefore, he was a savage.

“Then my cab-driver showed me business blocks gay with signs and
studded with fantastic and absurd advertisements of goods, and
looking down the long street so adorned, it was as though each
vender stood at his door howling:–“For the sake of my money,
employ or buy of me, and me only!”

Have you ever seen a crowd at a famine-relief distribution? You
know then how the men leap into the air, stretching out their
arms above the crowd in the hope of being seen, while the women
dolorously slap the stomachs of their children and whimper. I
had sooner watch famine relief than the white man engaged in what
he calls legitimate competition. The one I understand. The
other makes me ill.

And the cabman said that these things were the proof of progress,
and by that I knew he had been reading his newspaper, as every
intelligent American should. The papers tell their clientele in
language fitted to their comprehension that the snarling together
of telegraph-wires, the heaving up of houses, and the making of
money is progress.

The cabman left me; but after awhile I picked up another man, who
was full of figures, and into my ears he poured them as occasion
required or the big blank factories suggested. Here they turned
out so many hundred thousand dollars’ worth of such and such an
article; there so many million other things; this house was worth
so many million dollars; that one so many million, more or less.
It was like listening to a child babbling of its hoard of shells.
It was like watching a fool playing with buttons. But I was
expected to do more than listen or watch. He demanded that I
should admire; and the utmost that I could say was:–“Are these
things so? Then I am very sorry for you.”

That made him angry, and he said that insular envy made me
unresponsive. So, you see, I could not make him understand.

About four and a half hours after Adam was turned out of the
Garden of Eden he felt hungry, and so, bidding Eve take care that
her head was not broken by the descending fruit, shinned up a
cocoanut-palm. That hurt his legs, cut his breast, and made him
breathe heavily, and Eve was tormented with fear lest her lord
should miss his footing, and so bring the tragedy of this world
to an end ere the curtain had fairly risen. Had I met Adam then,
I should have been sorry for him. To-day I find eleven hundred
thousand of his sons just as far advanced as their father in the
art of getting food, and immeasurably inferior to him in that
they think that their palm-trees lead straight to the skies.
Consequently, I am sorry in rather more than a million different
ways.

In the East bread comes naturally, even to the poorest, by a
little scratching or the gift of a friend not quite so poor. In
less favored countries one is apt to forget. Then I went to bed.
And that was on a Saturday night.

Sunday brought me the queerest experiences of all–a revelation
of barbarism complete. I found a place that was officially
described as a church. It was a circus really, but that the
worshippers did not know. There were flowers all about the
building, which was fitted up with plush and stained oak and much
luxury, including twisted brass candlesticks of severest Gothic
design.

To these things and a congregation of savages entered suddenly a
wonderful man, completely in the confidence of their God, whom he
treated colloquially and exploited very much as a newspaper
reporter would exploit a foreign potentate. But, unlike the
newspaper reporter, he never allowed his listeners to forget that
he, and not He, was the centre of attraction. With a voice of
silver and with imagery borrowed from the auction-room, he built
up for his hearers a heaven on the lines of the Palmer House (but
with all the gilding real gold, and all the plate-glass diamond),
and set in the centre of it a loud-voiced, argumentative, very
shrewd creation that he called God. One sentence at this point
caught my delighted ear. It was apropos of some question of the
Judgment, and ran:–“No! I tell you God doesn’t do business that
way.”

He was giving them a deity whom they could comprehend, and a gold
and jewelled heaven in which they could take a natural interest.
He interlarded his performance with the slang of the streets, the
counter, and the exchange, and he said that religion ought to
enter into daily life. Consequently, I presume he introduced it
as daily life–his own and the life of his friends.

Then I escaped before the blessing, desiring no benediction at
such hands. But the persons who listened seemed to enjoy
themselves, and I understood that I had met with a popular
preacher.

Later on, when I had perused the sermons of a gentleman called
Talmage and some others, I perceived that I had been listening to
a very mild specimen. Yet that man, with his brutal gold and
silver idols, his hands-in-pocket, cigar-in-mouth, and
hat-on-the-back-of-the-head style of dealing with the sacred
vessels, would count himself, spiritually, quite competent to
send a mission to convert the Indians.

All that Sunday I listened to people who said that the mere fact
of spiking down strips of iron to wood, and getting a steam and
iron thing to run along them was progress, that the telephone was
progress, and the net-work of wires overhead was progress. They
repeated their statements again and again.

One of them took me to their City Hall and Board of Trade works,
and pointed it out with pride. It was very ugly, but very big,
and the streets in front of it were narrow and unclean. When I
saw the faces of the men who did business in that building, I
felt that there had been a mistake in their billeting.

By the way, ’tis a consolation to feel that I am not writing to
an English audience. Then I should have to fall into feigned
ecstasies over the marvellous progress of Chicago since the days
of the great fire, to allude casually to the raising of the
entire city so many feet above the level of the lake which it
faces, and generally to grovel before the golden calf. But you,
who are desperately poor, and therefore by these standards of no
ac-count, know things, will understand when I write that they
have managed to get a million of men together on flat land, and
that the bulk of these men together appear to be lower than
Mahajans and not so companionable as a Punjabi Jat after harvest.

But I don’t think it was the blind hurry of the people, their
argot, and their grand ignorance of things beyond their immediate
interests that displeased me so much as a study of the daily
papers of Chicago.

Imprimis, there was some sort of a dispute between New York and
Chicago as to which town should give an exhibition of products to
be hereafter holden, and through the medium of their more
dignified journals the two cities were yahooing and hi-yi-ing at
each other like opposition newsboys. They called it humor, but
it sounded like something quite different.

That was only the first trouble. The second lay in the tone of
the productions. Leading articles which include gems such as
“Back of such and such a place,” or, “We noticed, Tuesday, such
an event,” or, “don’t” for “does not,” are things to be accepted
with thankfulness. All that made me want to cry was that in
these papers were faithfully reproduced all the war-cries and
“back-talk” of the Palmer House bar, the slang of the
barber-shops, the mental elevation and integrity of the Pullman
car porter, the dignity of the dime museum, and the accuracy of
the excited fish-wife. I am sternly forbidden to believe that
the paper educates the public. Then I am compelled to believe
that the public educate the paper; yet suicides on the press are
rare.