A Short Trip For Groceries 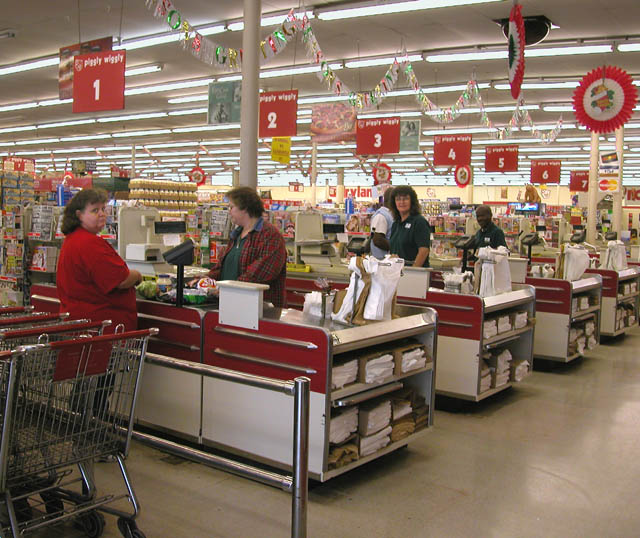 I will admit I am a particular guy. When I go to the grocery store I don’t like to have my groceries manhandled by the cashier, and I don’t like to put them on a dirty belt.

Tonight I was checking out near closing time, and the belt was filthy, so while the person before me was finishing, I grabbed the cleaning supplies in the next lane and started to wipe down the (stationary) belt. The cashier finished with the previous customer and smiled at me, and then turned the belt on so that the clean part was underneath.

I started to say something but decided just to smile and clean the rest of the belt, realizing it would only take a few seconds. Apparently, judging from the initial state of the belt and the cashiers next actions, she thought it would take a while.

She smiled again and said(in Spanish), “Oh, you want to clean the belt?’ Then she walked away and disappeared. I saw a bit later that she had left to take care of her personal shopping.

I had already quietly moved to the next lane.