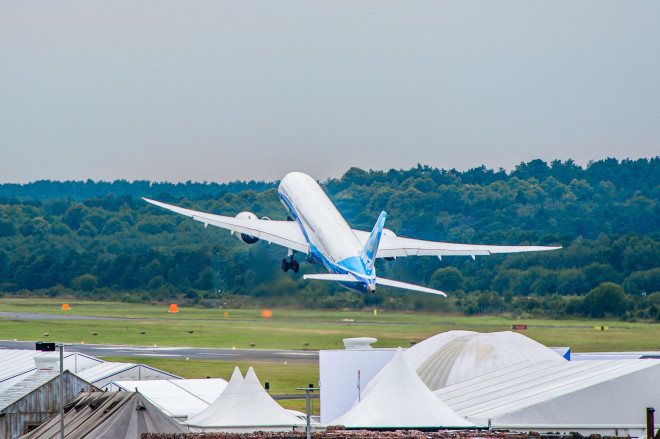 After delivering the first 787-9 Dreamliner jet to Air New Zealand last week, Boeing took a victory lap on Monday, showing off exactly what the plane can do when pushed to its limits.

The plane’s maneuvers during a six and a half minute demonstration flight, at the Farnborough International Airshow outside London, were not quite as awesome as the barrel roll test pilot Tex Johnston pulled off in a Boeing 707 in 1955. They were, however, way more extreme than anything a passenger would want to sit through.

At the controls were Captain Randall Lee Neville, the chief model pilot for the 787 program, and Captain Mike Bryan, chief pilot for the 787-9. Before the Farnborough demonstration, they prepped in a simulator and practiced in the real thing. The test pilots, Boeing says, “purposefully put the airplane through maneuvers most pilots would never see in their entire careers” to show off how safe and capable the aircraft is.

They kicked off the demonstration with a spectacularly steep takeoff, pitching the plane up just shy of 30 degrees.